Rock-and-Roll at the Santa Barbara Bowl 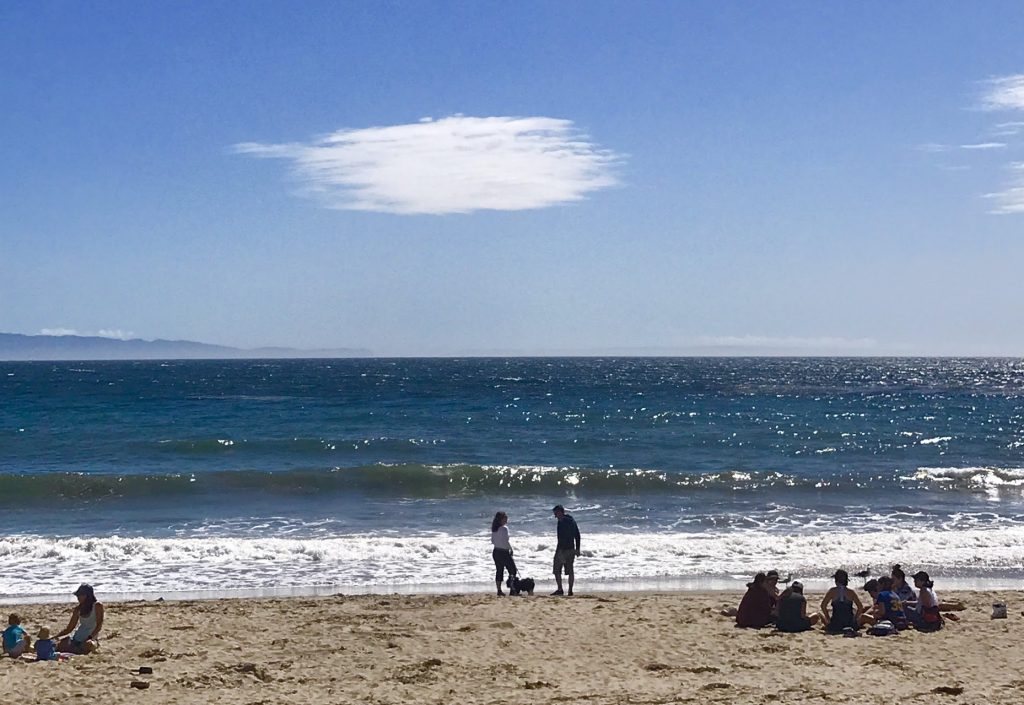 We all have passions or things that make living fun, interesting, and even fascinating. Let’s face it; some of us are just all about seeking an adventure to distract us from the mundane things we need to do, including work, dishes and laundry . As you know from following this blog, we have a passion for wine, food, and travel, but we also have a passion for entertainment, and we, of course, have a very special place in our hearts for ocean vistas and valley views, the type of scenery that living and playing on the Central Coast affords daily.

When passions collide. The best of the California Central Coast

So, imagine the thrill you get when many of your passions collide, when they intersect, when you experience them simultaneously, whether by careful planning, or perhaps serendipity. Or maybe a little of both. For example, an outdoor concert, listening to a great band, high atop a hill with spectacular ocean views of one of your favorite cities in the world. Add some locally made red wine, a spread of fine cheeses and other delicious assortments, and you have what you can only have when you’re enjoying a summer evening under the stars at the Santa Barbara Bowl.

Where is the best concert venue for live outdoor entertainment? 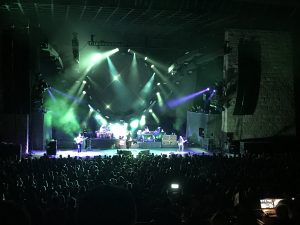 The setting is picture perfect, the size of the venue is large enough to feel the vibe of something important is happening, but small enough that you almost feel like it’s a special performance for you and a few thousand of your closest friends.

The Santa Barbara Bowl has a little over 4,500 seats. But there isn’t a bad seat in the house. Or amphitheater I should say. The seats, elevated to a perfect pitch, allows you to feel like you are looking down on the performers the way the Athena looked down on Athens. Close enough that you don’t need binoculars, but also a perfect distance from the stage to truly take in and watch the stagecraft and light show that so many successful music artists use today. Open from April through October; the famously mild Santa Barbara climate is almost always a feature attraction at each show. And that is saying something because the weather has had to compete with some pretty remarkable performers over the years.

The Best Entertainers come to the Santa Barbara Bowl 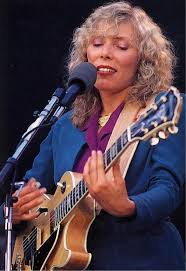 In 1980, Joni Mitchell performed live at the Bowl and was the night she recorded her double live album Shadows and Light. On another evening in 1990, Tears for Fears played and filmed their concert video, Going to California. Going back even further, to 1979, Bob Marley performed there during his Survival tour. But perhaps best of all, in 1970 or 72, Led Zeppelin performed at the Bowl before they grew out of any venue with less than a 25,000 seat capacity. Over the last several years, other top selling acts have played at the Bowl including Sting, Alanis Morrisette, Peter Gabriel, Snow Patrol, Bonnie Raitt, and even Crosby, Stills and Nash.

This concert season, incredible live acts including Lionel Ritchie, and Elvis Costello in August, Rod Stewart, and Steely Dan in September, and Van Morrison, and Jimmy Buffett are playing different nights in October. The Bowl also hosts stand-up comics including Sebastian Maniscalco…who is hilarious by the way. He’s performing on August 14TH, 2019.

Prepare yourself for a great time at the Santa Barbara Bowl 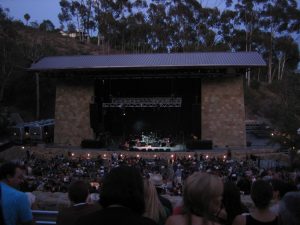 from all over Southern California. It is not at all rare for people attending an event at the Santa Barbara Bowl who drove up from San Diego, Los Angeles or drove down from Monterey, and even San Francisco. Just make a day out of it. Santa Barbara has no shortage of attractions to keep you wined-up, and chowed-down.

One of the best things about attending events at the Santa Barbara Bowl is you’re guaranteed to run into people in and around town who are making their way to the concert after a glass of wine at the Beach House, or maybe a bowl of chowder at Brophy Bros., or any assortment of local hangouts along State Street. You just might gather friends along the way.

So, bring your best pair of walking shoes, your appetite, and rock out or laugh out loud at one of the Central Coast’s featured recreational amenities…one that you are sure to remember for the rest of your life. Hope to see you there. If you spot me, be sure to say hello, or Merlot or whatever other word comes to mind, and be sure to let me know you read about it on Keys 2 the Coast….The place to stay up to date on the best places to wine, dine, explore, and more.