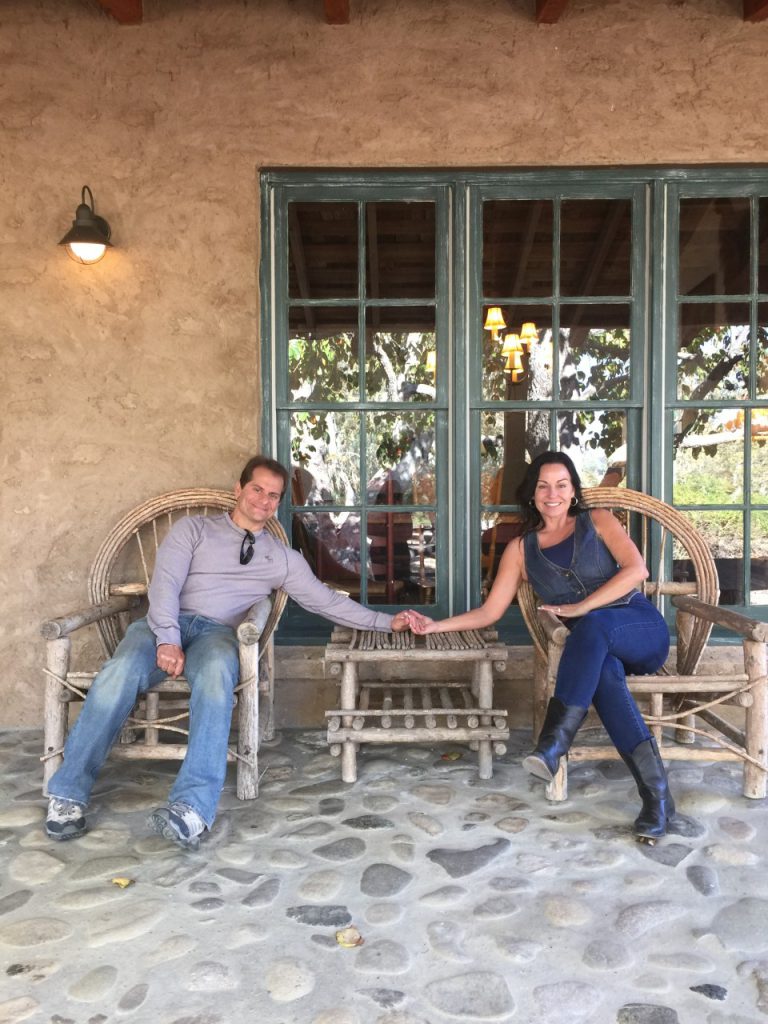 There’s no place like the Alisal Guest Ranch and Resort!

I’ve had the privilege of staying at many beautiful hotels and resorts around the world, but let me tell you, the Alisal is beyond compare. I had no idea that this amazing place was less than an hour from my home. It is truly a hidden treasure.
Who knew that the quaint little Danish town of Solvang holds a hidden treasure that time seemed to escape.
The winding. the picturesque road that leads my husband and I to the Ranch is a treat in itself. Every curve opened up another view of white and red oak trees full of mistletoe, a large buck in the brush and a bald eagle flying over the golden hillside.

The magic began at the entrance. I didn’t make it to registration. I was out of the car taking pictures of the beautiful horses in the green pasture on the right and the rustic, western style bungalows on the left. I found myself nestled in the mountains…bathed in natural beauty and a quiet stillness that was kind of eerie, but in a good way.

On the morning breakfast horseback ride, our wrangler Nina said “originally the Alisal was a cattle ranch. Now it’s a full-service guest ranch with 73 bungalows, 50 miles of riding trails, and a 100-acre lake with two 18-hole championship golf courses and tennis courts. 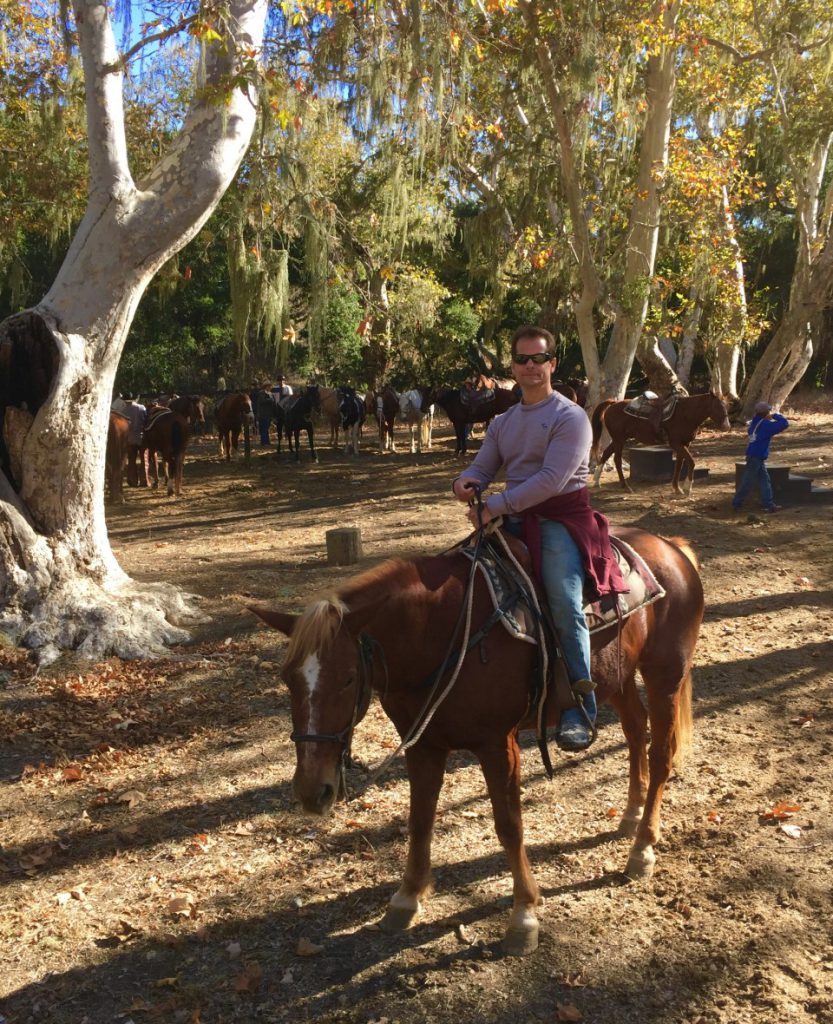 During the ride on horseback, we stopped at the Old Adobe where a delicious outdoor breakfast was prepared. The smell of flapjacks, maple syrup, crispy bacon, sausage and the strumming of a cowboy playing live western music filled the air. Now that you’re hungry. Let’s get back to the ride.

I felt my stress melt away in the midst of rugged and beautiful terrain. Looking up to see massive eagle’s nests and deer in the distance was truly a much-needed treat for my soul. On another note….I was so sore the next two days from the two and a half hour ride that I felt like I’d been used as a piñata.

It was amazing to me that a place of this caliber is affordable. We’re not rich and at first, I thought the room cost was rather pricey until I realized that many of the amenities are included when you’re a guest at the ranch. Fabulous, gourmet meals were included, long horseback rides through the breathtaking territory, archery, fishing and many other activities for just about everyone.

The fireplace at Alisal’s own River Grill Restaurant

For me, it was a good thing that there are no TV’s or phones in the rooms at the Alisal. Cell service is sketchy at best. I admit that I have a phone addiction and it is very hard to put down. 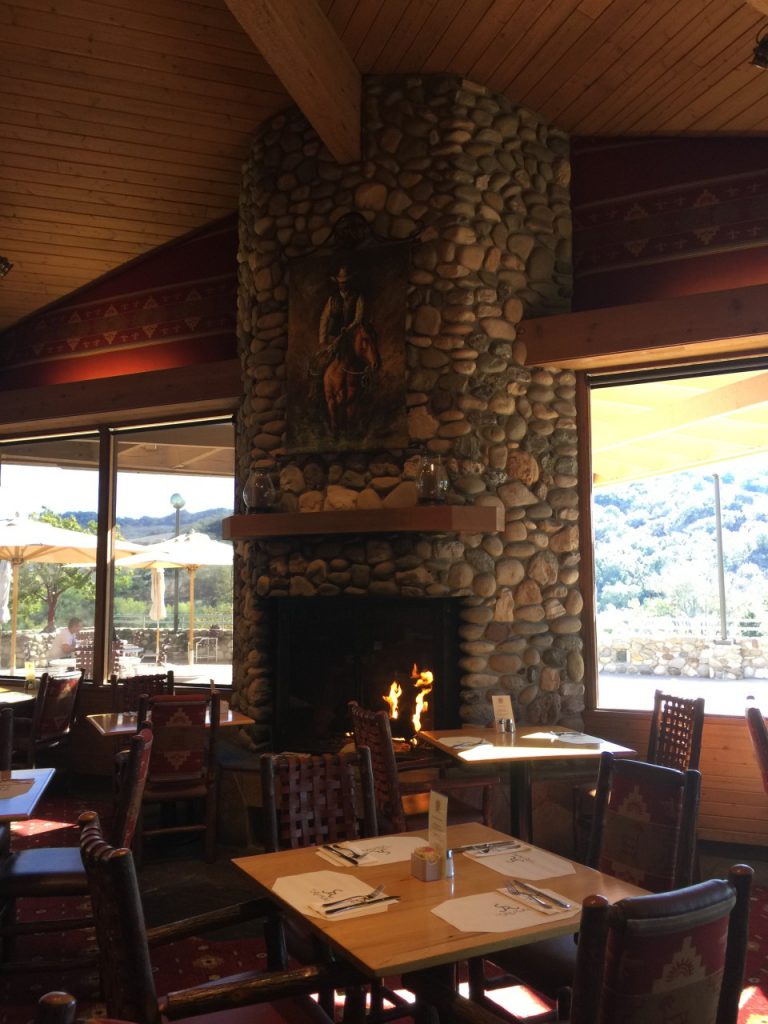 I had a great talk with Crystal, the Spa Manager and Marcy Payne who stated “Visitors have returned to the ranch year after year since it opened in 1946. We have had the privilege of hosting guests like Billy Crystal and wonderful local couples simply looking for a romantic escape or more often a retreat from their stress to recharge their batteries. Last year, Hillary Swank bought out the entire ranch for her birthday.”

One night at dinner, I struck up a conversation with a sweet lady named Jennifer who was at the Ranch for her 30th year in a row. She shared that her husband had passed away two years before. Jennifer stated, “after my husband passed away, it was hard to come back the next year, but I had to.” She went on to say that the staff did many little things (like bringing her LA Times to her room) “like little angels” that my husband used to do all of the previous years that we came to the ranch. The staff never asked but when I shared, they were caring and kind”.
To me, that speaks volumes. The staff at the Alisal Guest Ranch treats your family, like part of their family.

I discovered that pot-bellied pigs move at their own pace 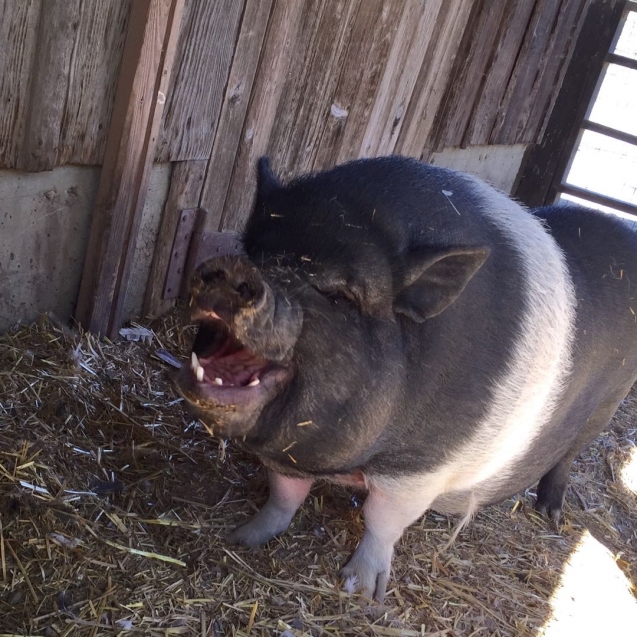 Ohhh the barn…I almost forgot. It houses some of the most interesting looking chickens that I’ve ever seen. One of them looked like a poodle from the back. Penelope is a pot belly pig that didn’t like me much. I’m a city girl and I learned quickly that pigs can make quite a menacing sound when irritated. I was simply trying to move her out of the shade to take a snapshot. The picture was worth it. At one point, I asked
“Who in the world would write a phone number on this tortoise’s shell?” Turns out this particular tortoise, named Tortellini, is an escape artist and needs to be returned periodically.

The Alisal is remarkable in so many ways. There is truly something interesting around every corner. The only thing that I didn’t like… was leaving.